GERMANY: Summary of the fight for the social center Avanti 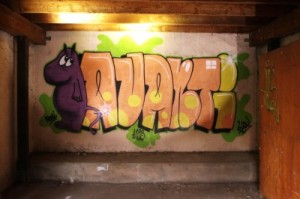 Church squatted
In the evening of Friday the 22nd of August 2014, activists occupied the former St. Albertus Magnus church in Dortmund which was unused for over 7 years. Only minutes after the occupation was made public, nearly 40 supporters came to the area and held a gathering in front of the church in solidarity with the project and the squatters. Of course, it didn’t take long before the cops also arrived at the location, but they didn’t attempt to raid the building, and instead controlled the supporters outside. The next day, a priest in charge of matters of the church building spoke to the squatters and stated he will tolerate the occupation for one week. Immediately activists began to form work groups, trying to renovate the building to establish a social center. END_OF_DOCUMENT_TOKEN_TO_BE_REPLACED

FRANCE: Weekend of anti-fascist resistance in Calais, 5-7 September and Defence Of Migrant Squats

On Sunday 7 September, local fascist group ‘Sauvons Calais’ will once again try to hold a demonstration ‘against immigration’ in Calais, bringing in hardcore neo-nazis from across France. A number of high-profile fascists have already confirmed their presence including Thomas Joly (general secretary of Parti de la France), Yvan Benedetti (conseiller municipal of Vénissieux and former-member of the now banned organization L’Œuvre française), and Richard Roudier (of Réseau Identités). It is also likely that some neonazi gangs will arrive before and stay for more time after the demo to attack vulnerable people in the streets. END_OF_DOCUMENT_TOKEN_TO_BE_REPLACED

The eviction of refugee camps in Calais

On 28 May the French authorities moved to evict 3 tent camps in the center of Calais. The camps have existed since October and house 650 people mainly refugees from Syria and Eritrea. People resisted the eviction and occupied the SALAM food distribution area. Calais Migrant Solidarity is calling on the continued support of the people and associations of Calais and for solidarity across Europe and the world. They ask for you to come and help, to contribute food and infrastructure, to stand at their sides when the police arrive and to fight the border here and everywhere! For more information see here END_OF_DOCUMENT_TOKEN_TO_BE_REPLACED

FRANCE: Interview with a comrade from CREA, Toulouse 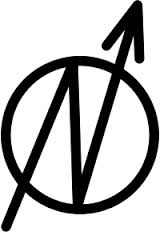 CREA is a collective and Autonomous Social Centre based in Toulouse, south of France.  It has been at the forefront of the struggle for housing through the occupation of empty buildings in the city and establishment of collective self-managed spaces, particularly working with immigrants. In November CREA extended an open invitation to ‘NOTHING TO LOSE’ an event organized to share experiences and knowledge around the struggles for affordable and adequate housing and to reclaim the city, which we joined. Comrades attended from all over France as well as from as far a field as Chile. During the days of action more than 200 people marched through Toulouse to say no to evictions and also squatted a  house owned by the City Council to provide a home for evicted families. Workshops were held in their new Social Centre, an occupied building which was the former Moroccan Consulate, on different topics to share information and experience of struggle. What follows is an interview with a comrade from CREA. END_OF_DOCUMENT_TOKEN_TO_BE_REPLACED

Poland has a vibrant squat movement with many squats established throughout the country. The oldest squat is Rozbrat, created in 1994 in Poznan, a city in west-central Poland. The squat was established in an old disused warehouse, in a deserted industrial complex. Since 1997, the Anarchist Federation began their activity at Rozbrat. It is a self-organized space that acts as a centre for independent/alternative culture, spreading independent thought and building social consciousness. Like many squats in Europe it has been organizing around the housing crisis and wide-spread evictions of tenants from their homes by banks and speculators, which often leaves people homeless. This is an interview with a comrade from Rozbrat to find out more about their activities and their struggle. END_OF_DOCUMENT_TOKEN_TO_BE_REPLACED

GREECE: Interview with a comrade from Evangelismos Squat, Crete

Greece has a long history of anti-authoritarian struggle that has provided inspiration for anarchists across the globe. Recently, I spent time in Greece to learn from comrades there about their experiences in anti-authoritarian organization and in particular establishing squats and self-organized spaces as centers of resistance, or autonomous zones. What follows is an interview with Carpe diem, from Evangelismos squat in Heraklion, Crete. END_OF_DOCUMENT_TOKEN_TO_BE_REPLACED

POLAND: Attack on squats in Warsaw during nationalist demonstration

On November 11, 2013, two squats in the center of Warsaw were attacked by nationalists and fascists. The squatters resisted successfully. In their declaration the squatters’ collectives explain not only the connection between increasing right wing militancy and the state policies of exploitation and discrimination, they also make clear that a struggle against fascism has to be a struggle of the expoited against capitalism itself. END_OF_DOCUMENT_TOKEN_TO_BE_REPLACED

GERMANY: Schwarzwohnen: The spatial politics of squatting in East Berlin

East Berlin’s squatter movement erupted across the city after the fall of the wall in 1989. But what role did housing activists in the 1980s play in shaping an alternative vision for the contemporary city?
In September 1988, an anonymous report appeared in the East German underground magazine Umweltblätter describing the plight of a group of squatters who had occupied 61 Lychenerstrasse in the Berlin district of Prenzlauer Berg. In the squatters own words, they had “occupied the house in order to overcome the contradiction between, on the one hand, the many vacant and decaying houses [in Berlin], and on the other, a growing number of people in search of housing”. As “squatters (Instandbesetzer),” they proclaimed, “we will resist the further cultural and spiritual devastation of the country.”[i] END_OF_DOCUMENT_TOKEN_TO_BE_REPLACED

Posted in Europe, History of Anarchism

CATALONIA: Active Resistance Camp against development of the M.A.T.

The active resistance camp against the MAT (very high tension electricity line) taking place near Girona has squatted a huge, antique, abandoned farmhouse near the village of Oriol, in order to give continuity to the struggle against this deadly project and the world which needs it. The resistance against the MAT has been active for more than a decade and has now reached a crucial point seeing that the construction of the line has now started in this area and is going ahead at a furious pace. END_OF_DOCUMENT_TOKEN_TO_BE_REPLACED

GREECE: Patra: History of Parartima. “Parartima was and will remain liberated land”

(at the left corner its written: We want everything and for everyone )
The occupied space of “Parartima” (which belonged to the University of
Patras) is historically associated to severe social struggles. It was used as a
center of struggle for the first time in 1973, when it was occupied by students,
leftists, anarchists and other parts of society during the November uprising
against the junta (dictatorship). It has been the stronghold of intense
mobilizations, demonstrations, and conflicts against local fascists and it was
registered in the conscience of the local community as the main centre of
resistance against the junta. END_OF_DOCUMENT_TOKEN_TO_BE_REPLACED