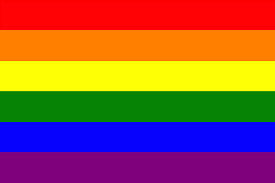 In Egypt any man can harass, brutalize, and rape a woman. It happens all the time. The State will ignore it for as long as possible; the media will say she asked for it. Just try a harmless expression of mutual, consensual desire, though. They’ll hound you to within an inch of your life.

Let’s start with the video. It came out of nowhere, but by Saturday morning it was everywhere. That day — it was August 30 — I spent with some young, impeccably liberal Egyptians. They kept staring with stunned fixation at their smartphones, repeatedly hitting “play,” watching it go viral, wondering what was going to happen to the men.  The YouTube comments could have told you what was coming: “They’re outside of prisons; they should worship God within them,” one outraged viewer wrote. That night I met with some of the men in the clip. One of them kept breaking uncontrollably into tears. They were trying to report the invasion of privacy, get YouTube to take it down. No use: By next day, it was on the website of Youm7 — the tabloid that’s been carrying on a homophobic campaign for months — and on TV. You think you are just a private person, contained in the fences of your skin; then suddenly you find you’ve escaped yourself, become a common spectacle and possession, a fetish cupped in the palms of everybody’s hands. No doubt this is why politicians and movie stars are so vacuous, stripped of self; but imagine sitting in ordinary obscurity and abruptly discovering you’re now an infinitely duplicable, circulating flash of light. “Mirrors and copulation are both abominable,” Borges wrote — it was one of the aphorisms of his invented world of Tlon — “because they multiply mankind.” But that was before the Internet. END_OF_DOCUMENT_TOKEN_TO_BE_REPLACED

You might think that the main goal of a group of queer activists in Palestine like us in Al-Qaws should be the seemingly endless task of dismantling sexual and gender hierarchy in one’s own society.

It is. But you might think otherwise, judging from the repetitive questions we get during our lectures and events, or from inquiries we receive from media and other international organizations.

We intend to end this once and for all. Educating people about their own privilege is not our burden. But before we announce our formal retirement from this task, here are the eight most frequent questions we get, and their definitive answers. END_OF_DOCUMENT_TOKEN_TO_BE_REPLACED

Fifty-two men were arrested on May 11, 2001, on Queen Boat, a gay nightclub on the Nile in Cairo, in one of the most publicized police raids against homosexuals in Egypt.

Out of the accused, many of whom were tortured and raped while detained, 23 were convicted for debauchery and defaming Islam and sentenced to up to five years in prison with hard labour.

To make matters worse, national media published their names, photographs and professions to publicly humiliate them, dubbing them “Cairo52”. END_OF_DOCUMENT_TOKEN_TO_BE_REPLACED

END_OF_DOCUMENT_TOKEN_TO_BE_REPLACED

A society based upon concentrated power and economic exchange impoverishes every area of life, even those that are most intimate. We hear a great deal of talk about women’s liberation, gay liberation and even sexual liberation within anarchist circles. And analyses of male domination, patriarchy and hetero-sexism are not so hard to find, but the reality of sexual impoverishment seems to be largely ignored, questions of sexual expression being largely limited to those surrounding monogamy, non-monogamy, poly-amory and other such issues of the mechanics of loving relationships. This limitation is itself, in my opinion, a reflection of our sexual impoverishment – let’s limit ourselves to speaking of such relational mechanics so that we can avoid the question of the quality of these relationships.

END_OF_DOCUMENT_TOKEN_TO_BE_REPLACED

1. Militarism is not just a war, an army or a fighter jet. Militarism is a system, a logic and a set of norms that perpetuates and recreates our societies and our daily lives. Queer analysis of power is a political tool that can help us to challenge these norms. Queer liberation isn’t about equality within a patriarchal and militarist system, it is about going beyond the politics of inclusion and creating future just societies that do not merely recreate systems of power under different names. END_OF_DOCUMENT_TOKEN_TO_BE_REPLACED

Posted in Theory of Anarchism

Within Turkish society, which is dominated by a spiral of ‘masculinity’ and ‘military service’, sexism and homophobia are ever present. Militarist institutions humiliate and label homosexuals, they treat them carelessly and make their life miserable, especially when it comes to the ‘military service’. Firstly, the army as an institution has been presented as a gift that remains out of reach if one is gay. The fact that the institution called ‘the army’, known as the fortress of ‘masculinity’ and of institutional militarism, excludes women and homosexuals does not mean of course that they are unable to serve in the army or to fight. The fact that women and gays are being excluded is a result of the ideology of masculinity. This ideology, and its spearheading institution, the army, where this ideology is engendered, perceives homosexuality solely as ‘faggotry’, humiliating the gay individual by treating him not as a human being and assaulting his soul and character. It insults him, it makes him worthless. END_OF_DOCUMENT_TOKEN_TO_BE_REPLACED

HOMOPHOBIA OUT OF SHAMEFUL LOVE

We all know the constant image of a homophobe: an ignorant, angry, unsatisfied person who’s trying to cling to a dark old age where his fear of the unknown made him hate every person who was different from him. He put every energy he had into making sure that the different person would just disappear or, at the least, thrown out of society. He’s so absorbed into his own fantasy world of a gigantic God who’s going to punish him in the fire that he is either terrified of going against anything He says, convinced that he has a greencard to say/do anything he wants in (his interpretation of) His name, or think the different one is going to punished in whatever fucked up way he wants unless he saves them… Lucky me (and everyone who ever reads this) that I live in a place where the bigot sets and carries out the laws. END_OF_DOCUMENT_TOKEN_TO_BE_REPLACED