END_OF_DOCUMENT_TOKEN_TO_BE_REPLACED

Autonomous Self-Organization and Anarchist Intervention: A Tension in Practice

Introduction: a few definitions and explanations

Any potentially liberatory struggle among the exploited and dispossessed must be based on autonomous self-organization. As anarchists, who are also usually among the exploited, we have every reason to participate in and encourage these struggles. But since we have specific ideas of how we want to go about our struggles and a specifically revolutionary aim, our participation takes the form of an intervention seeking to move the struggles in a specific direction. Having no desire to be any sort of vanguard or leadership or to be caught up in the joyless game of politicking, we find ourselves in a tension of trying to live our conception of struggle and freedom within the context of an unfree reality, of trying to confront the real daily problems we face with our own refusal to play by the rules of this world. Thus, the question of autonomous self-organization and anarchist intervention is an ongoing problem with which to grapple, refusing to fall into easy answers and faith in organizational panaceas. To begin exploring this question let’s start with a few definitions and explanations. END_OF_DOCUMENT_TOKEN_TO_BE_REPLACED

Posted in Theory of Anarchism

EGYPT: Down with Military Rule…Again?

[“Down with military rule” and “Muslim Brotherhood are the enemies of the nation” written on the walls of the al-Qubba Presidential Palace. 2 July 2013. Photo by Alaa Abd El Fattah]

Millions of Egyptians are continuing to take to the streets. They are calling on President Mohamed Morsi to resign and to hold early presidential elections. At the same time many express concern about the army’s 1 July statement and the potential for a return to military rule at the hands of the Supreme Council of Armed Forces (SCAF). The statement said that SCAF would impose its own “roadmap” to exit the current impasse if no solutions surface in the next forty-eight hours: END_OF_DOCUMENT_TOKEN_TO_BE_REPLACED

ALGERIA twenty years on: words do not die

This year marks the twentieth anniversary of the Algerian jihadists war on culture. Those who waged the intellectual struggle against fundamentalism in Algeria throughout the 1990s received little support internationally. Karima Bennoune pays tribute to those who fell in the culturicide, and warns of the urgent need to remember.

Women protest killings in Algiers on March 22, 1994, carrying the
picture of Tahar Djaout, among others. Photo: El Watan

END_OF_DOCUMENT_TOKEN_TO_BE_REPLACED

BULGARIA: Report of Anarchist Federation of Bulgaria on the situation after the last protests

Comrades from abroad asked to send them our analysis of what is happening in Bulgaria. Without going into details, we tried to compound our vision for the development of the events and the determining factors. We tried also to summarize our vision of the tasks that the anarchists are facing today. END_OF_DOCUMENT_TOKEN_TO_BE_REPLACED

Despite the wishes of many — if not most — of the people in the streets, the masses who identify with the ‘social protest’ are callous to those whose complaints are so much more urgent than theirs.   END_OF_DOCUMENT_TOKEN_TO_BE_REPLACED

SPAIN: Spain’s Micro-Utopias: The 15M Movement and its Prototypes (Part 1)

“The old protests, so dull and single-minded, have passed into obsolescence, and given rise to infinite possibility. We’ve rethought the concepts of action, protest, relationship, the public, the common…” END_OF_DOCUMENT_TOKEN_TO_BE_REPLACED

SPAIN: Manifesto for 25A and the Base Document – Roadmap of the “En Pie!” Platform

(machine translation, the Spanish original below

We, ordinary people are sick of suffering the consequences of living under the dictatorship of the capitalist and patriarchal system, which takes shape in a clearly undemocratic regime, in which people are not only buying merchandise serving the powerful minority, and tired of supporting economic, social and political unsustainability in our country, which is dragging us as a society to live in a state of poverty completely unjustified and in a degree of suffering and lack of freedom absolutely intolerable, we join to write this manifesto and invited everyone to join our claims. END_OF_DOCUMENT_TOKEN_TO_BE_REPLACED 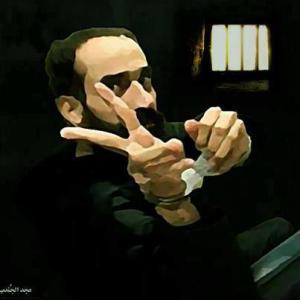 Israelis:
I am Samer Issawi on hunger strike for eight consecutive months, laying in one of your hospitals called Kaplan. On my body is a medical devise connected to a surveillance room operating 24 hours a day. My heartbeats are slow and quiet and may stop at any minute, and everybody, doctors, officials and intelligence officers are waiting for my setback and my loss of life. END_OF_DOCUMENT_TOKEN_TO_BE_REPLACED

EGYPT: The necessity of revolutionary violence in Egypt

Despite a glorification of the Egyptian revolution as a “non-violent” one, violence has been a part of the uprising since the first stone was thrown. END_OF_DOCUMENT_TOKEN_TO_BE_REPLACED